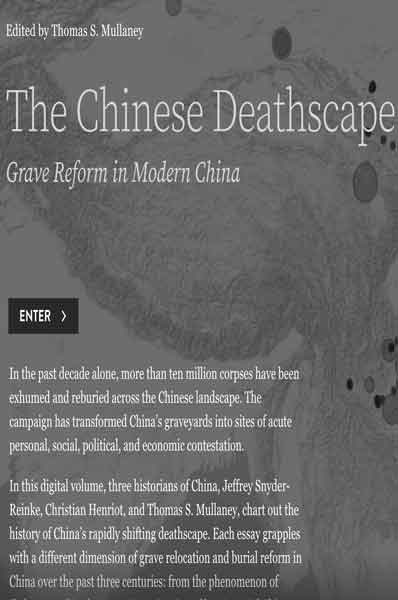 "When the dead go marching in”. Cemetery relocation and grave migration in modern Shanghai

In the past decade alone, more than ten million corpses have been exhumed and reburied across the Chinese landscape. The campaign has transformed China’s graveyards into sites of acute personal, social, political, and economic contestation.

In this digital volume, three historians of China, Jeffrey Snyder-Reinke, Christian Henriot, and Thomas S. Mullaney, chart out the history of China’s rapidly shifting deathscape. Each essay grapples with a different dimension of grave relocation and burial reform in China over the past three centuries: from the phenomenon of “baby towers” in the Lower Yangzi region of late imperial China, to the histories of death in the city of Shanghai, and finally to the history of grave relocation during the contemporary period, examined by Mullaney, when both its scale and tempo increased dramatically. Rounding off these historical analyses, a colophon by platform developers David McClure and Glen Worthey speak to new reading methodologies emerging from a format in which text and map move in concert to advance historical argumentation.