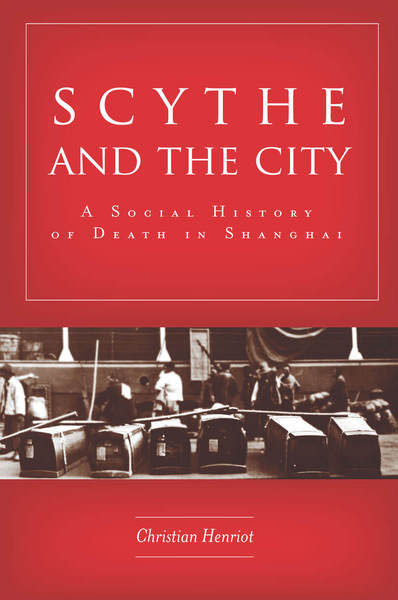 The issue of death has loomed large in Chinese cities in the modern era. Throughout the Republican period, Shanghai swallowed up lives by the thousands. Exposed bodies strewn around in public spaces were a threat to social order as well as to public health. In a place where every group had its own beliefs and set of death and funeral practices, how did they adapt to a modern, urbanized environment? How did the interactions of social organizations and state authorities manage these new ways of thinking and acting?

Recent historiography has almost completely ignored the ways in which death created such immense social change in China. Now, Scythe and the City corrects this problem. Christian Henriot’s pioneering and original study of Shanghai between 1865 and 1965 offers new insights into this crucial aspect of modern society in a global commercial hub and guides readers through this tumultuous era that radically redefined the Chinese relationship with death.