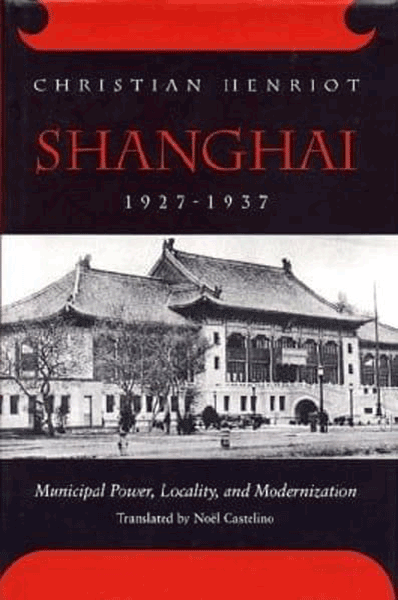 In 1927, China’s newly ascendant Guomindang (GMD) regime had a fragile hold on authority in the country at large. Shanghai, China’s most prosperous city, thus became a key place for the regime to establish control. In examining the policies of the Shanghai Municipal Government from 1927 to 1937 and their impact on daily life, Christian Henriot also addresses the larger question of state-society relations during the Nationalist period.

Henriot examines the interaction of the three groups competing for power: the municipal administrators, GMD political activists, and members of the local business elites. By investigating the relations among individuals in these groups, Henriot highlights the complex web of connections in the city. He also explores attempts to modernize education, health, urban planning, and assistance to the poor, arguing that they were more effective than scholars previously thought. Shanghai, 1927-1937 contributes significantly to our understanding of modern Chinese urban history.